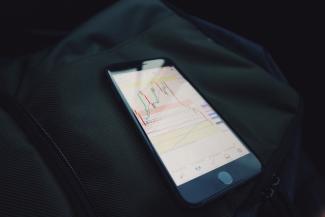 At the heart of the decline is the resurgence of coronavirus cases in several states.  Florida reported last Saturday a one-day record of cases of 9,636.  The state reported an additional 8,577 on Sunday.  Drinking at bars has once gain been banned in Florida, while Texas has begun to roll back some of its reopening measures.

Johns Hopkins University reported that more than 2.5 million COVID-19 cases have been confirmed in the U.S., 45,255 cases coming on Friday alone.

Also reported was that the median age of new coronavirus cases is 35, and that although the virus has made a significant uptick in reported cases, the death rate has reclined.  Some medical experts have cited early and increased testing for the virus as helping detect even those who exhibit little or no symptoms.

U.S. equity markets opened higher this morning while still wrestling with the surge in reported cases of the virus.  Boeing, a major Dow component, got a lift in its stock price as it is set to begin key test flights on the previously troubled 737 MAX.  Within the first thirty minutes of trading, the Dow is up more than 250 points.