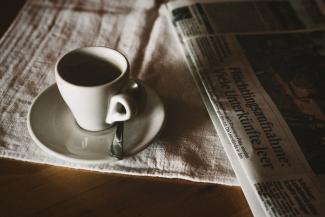 The U.S. economy continues to produce solid results.  With a market analyst expectation the Retail Sales would rise by 5.2%, the reopening of many small businesses helped generate a gain in the sector of 7.5%.  Jobless claims held steady at 1.3 million for the week ended July 11, slightly higher than expected.

Stronger-than-expected bank earnings, as well as renewed hopes of yet another fiscal stimulus from Washington and for the development of a COVID vaccine, have bolstered the U.S. equity markets for most of July.  As of the close of market yesterday, the S&P 500 was very near positive territory for the year.

As of 7:30am PDT, all three major market indices are slightly negative with large cap technology stocks having another rough day.  Back in focus is the health of the U.S. and global economies as the number of reported cases of the coronavirus continues to rise.  China’s economy (measured by GDP) rose 3.2% in the second quarter after a deep slump in the first quarter.  Nevertheless, the Shanghai composite dropped more than 4% for the biggest decline since February.

This look to be a very active day given the news from several drug makers on the development of a vaccine, mixed economic reports and continued political tensions as the November election is in sight.